In the 1990s, the Denver International Airport set out to build the biggest automated baggage handling system in the world.

The revolutionary system was publicized as a new milestone in aviation history, maybe even right up there with Lindbergh’s solo nonstop flight from New York to Paris or Chuck Yeager breaking the sound barrier.

With 88 airport gates in 3 concourses, 5 miles of conveyor belts and 5,000 electric motors, it was going to be the shining star of Denver’s new state-of-the-art airport, helping to drastically reduce turnaround time for planes and securing Denver as a hub for air travel.

Instead, the project became a case study in dysfunction:

After 10 years, $600 million dollars and delaying the airport’s opening by 16 months, the automated system was eventually completely scrapped, and the airport reverted back to a manual system using tugs and carts.

What went wrong? When it comes to project mistakes, you name it, the Denver project had it: bad estimation, a lack of planning, a lack of risk management, pressure to meet an impossible schedule, poor stakeholder management, communication breakdowns, people working in silos, among many other issues.

A recent study by PricewaterhouseCoopers found many of those factors that plagued the Denver airport baggage system project are among the top reasons for tech project failure, with 60% of projects failing because of internal issues like bad estimation or poor communication.

R. Ryan Nelson at the University of Virginia studied 99 tech projects and found that mistakes were most often people or process problems, and half of the projects had problems with estimation and scheduling, stakeholder management and risk management.

Not surprisingly, the cost of project failure can be steep. A 2011 study published in the Harvard Business Review, which analyzed 1,471 tech projects, found that the average project came in 27% over budget, and — more alarming — 1 in 6 projects was an average of 200% over budget.

In hindsight, it’s often revealed that these missteps are easily avoidable. Agile retrospectives are one great way to prevent and reduce the common mistakes that lead to project failure, helping teams avoid costly errors and keeping projects on track.

How retrospectives can help

Agile retrospectives are a chance for teams to check in, reflect on how they’re working and find ways to improve. These short cycles of improvement allow teams to spot breakdowns in a project and address them before it's too late. The lessons learned can be quite valuable, helping the team — and the organization as a whole — work smarter.

Here are a few of the ways agile retrospectives can benefit your bottom line:

When organizations have highly agile teams, they have better project outcomes, with more projects coming in on time and on budget. In fact, researchers at the Massachusetts Institute of Technology found that agile firms grow revenue 37 percent faster and generate 30 percent higher profits than non-agile companies. Retrospectives can play an important part in having an agile team.

Ignacio Palomo-Duarte, user experience consultant at startup Spotahome, likes to remind his team that failure can help them grow. “It’s OK to fail fast, but you need to be able to learn from your failures,” he says. “Agile retrospectives give you a nice window of time to think about how you’ve been doing and how you can improve.” 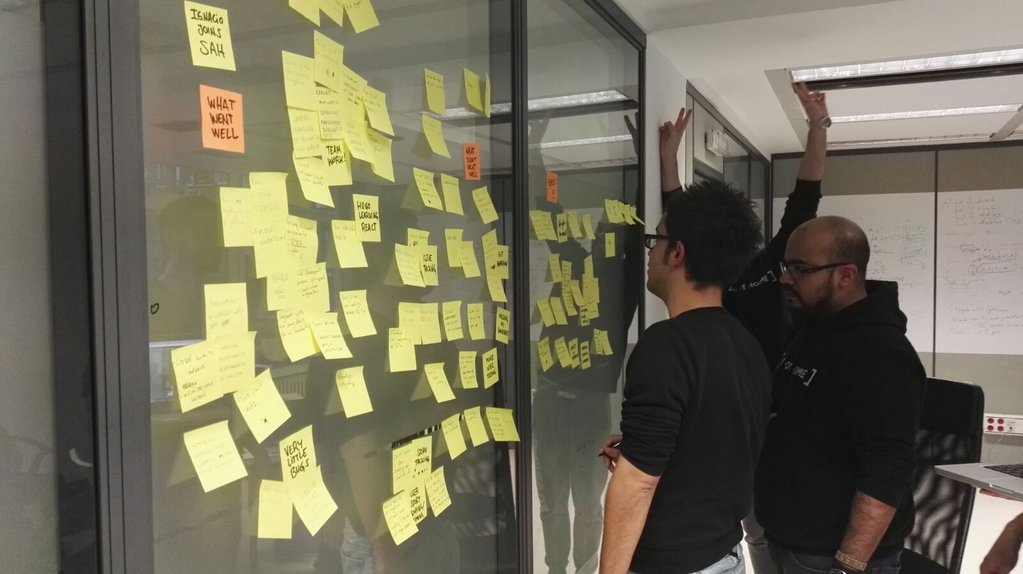 Spotahome team members during a retrospective

Retrospectives allow teams to gather data and insight they can use to improve processes during a project and carry lessons over to future projects.

For example, Payson Hall, consulting project manager for Catalysis Group, Inc., says retrospectives are a great opportunity to tease out information that can improve estimation: “Where were our estimates wrong and why? Did we overestimate our capacity? Did the problem change after we did the estimate? Was it a conscious choice to change the problem? Or did a bunch of guys go ‘You know, we promised them a black Ford, but they’d really like it if we put chrome wheels and racing stripes on it, too.”

Capturing data through retrospectives on why estimations missed the mark can help teams get better at the task, which can lead to fewer mistakes, less schedule pressure and better budgeting.

Retrospectives can also help with another classic project issue: risk management. Retros are great opportunities to look at positive and negative events that occurred and understand:

“A lot of it is people stuff,” Hall says. “Of course there’s the data that flows out of retrospectives, but if we can also get people to contemplate changing their behavior, that’s huge.”

Agile retrospectives can lead to small wins, which can be really motivating. The more often people experience a sense of progress, the more likely they are to be creative and productive.

Not only that, small wins help set teams up for larger changes, paving the way by creating momentum and providing basic learning.

The blameless nature of agile retrospectives can also boost morale, and according to research, from the University of Michigan, positive teams are more productive. 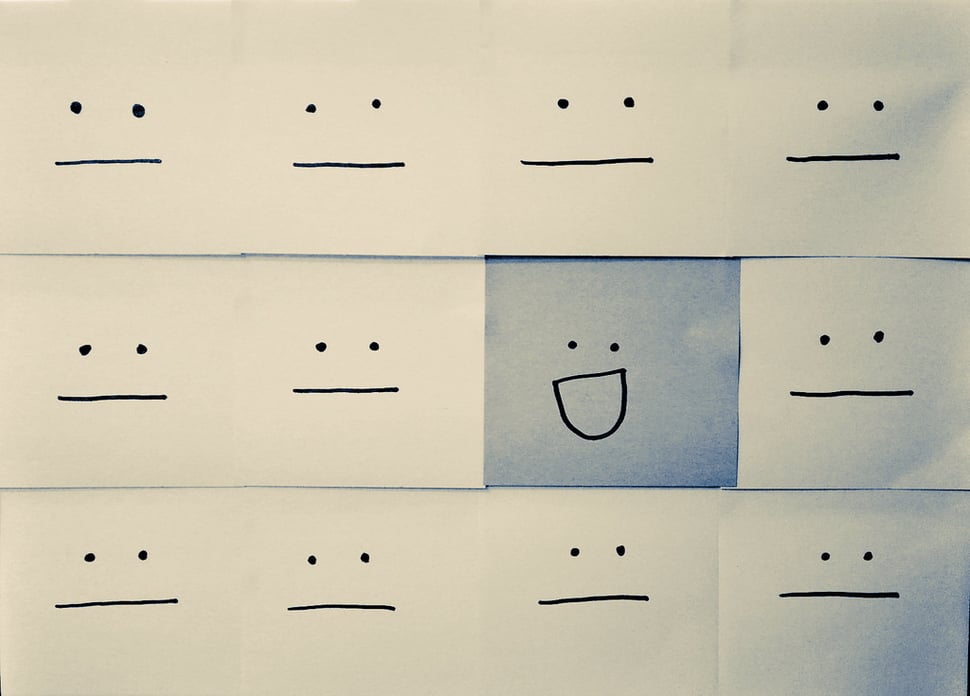 It’s no secret that happier, more engaged, more motivated employees tend to stick around longer and do better work.

Happier employees are less likely to want to leave, which is good because it costs a lot of money to replace talented people.

Retrospectives are a way to get qualitative information from your team on some of those important intangible factors that affect their happiness, like stress level, work/life balance and job satisfaction.

Palomo-Duarte, who recently started retrospectives with his Spotahome team, says the feedback has already been great. “They feel way less stressed because they get to communicate their ideas and express their points of view,” he says.

How to get the most value out of your retrospectives

There’s a big difference between running a structured retro and just sitting down to talk about what happened. Running retrospectives the right way can help you avoid unproductive griping in favor of constructive conversations that result in positive action.

Here are a few important things you can do to make sure you're getting the most out of your retros:

1. Figure out what works best for your team.

There are lots of different ways to run retrospectives, and different methods will work for different teams. It’s important to find the right tool, the right techniques, the right facilitator and to make sure you have the right team members in the room.

Changing up the way you run retrospectives can prevent them from becoming boring or monotonous.

If your teams are too worried about the consequences of failing to experiment with new ideas, they’ll be more focused on avoiding blame than really understanding the root of a problem. That won’t help your team learn.

One of the best ways to avoid blame is to have the right facilitator. “If it’s facilitated well, it ends up being a discovery rather than a blaming session,” Hall says. “You need a neutral third party who can keep things moving along. It can be an emotionally fragile time, so it needs to be a safe environment.”

Using the retrospective prime directive can help set the tone for a nonjudgmental atmosphere where team members feel comfortable speaking up.

What you do with the information you gain through retrospectives is crucial. The point of retros is to lead to positive action and change. You've got to act to see progress.

Prioritize your action items to make sure you’re focusing on high-quality tasks. Don’t spend a huge amount of effort fixing something that only causes minimal disruption or pain.

Make it a habit to follow up on action items to make sure they’re getting done. 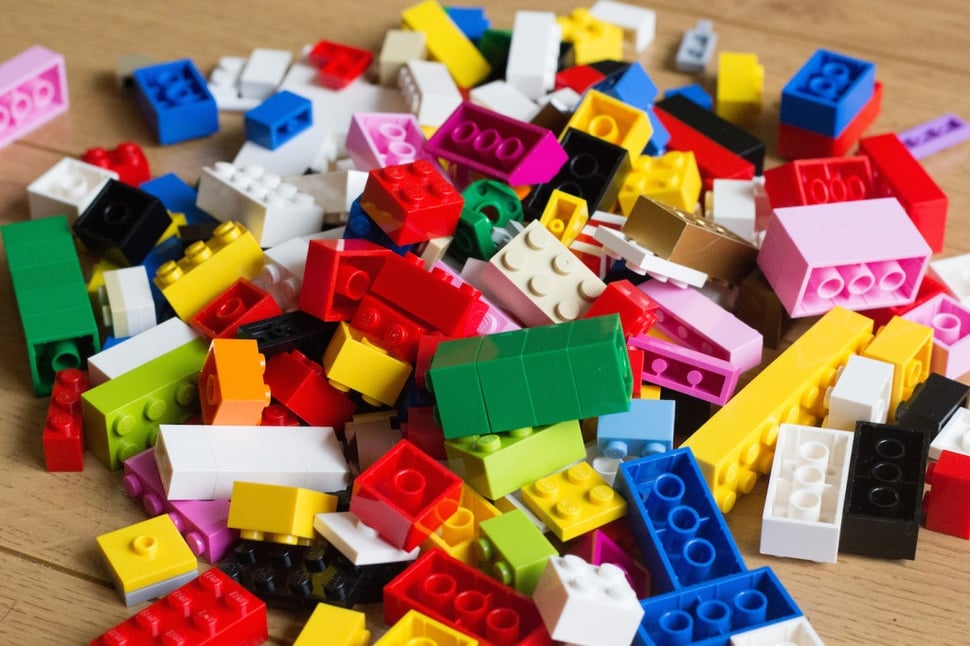 When teams can see the progress they’ve made, they’re more motivated.

Researchers tested this idea with Legos. Two groups of students were paid to build Lego figurines called Bionicles. Each figurine they built earned them less money.

The first group of students had their Bionicle figurines dismantled as soon as they built them. The second group got to place each completed Bionicle figurine on the desk before building the next one.

Motivated by progress they could see, the second group built 11 total figurines while the first group only built only 7.

Taking time to reflect on (and celebrate) progress during retrospectives can help boost performance and keep teams excited about working toward real change.

Sharing the knowledge your team gains through retrospectives can benefit the entire organization. Once an idea is born, it can be the foundation for other great ideas — as long as you share it.

But don’t send out an update to every person in your organization with every small discovery. That’s a surefire way to create information overload.

When leaders get valuable information from team retrospectives, they can start to see patterns and make improvements that will benefit the entire organization.

Agile retrospectives are a valuable tool for growth. Regularly reflecting on how to improve means teams are happier, more productive and less prone to the classic mistakes that can sink projects and waste time and money. Introducing or improving your retrospectives allows your teams to work smarter, benefiting your entire organization in big and small ways.

Want to energize your agile retrospectives?